Shining light on the Shadow using the 3-2-1 process 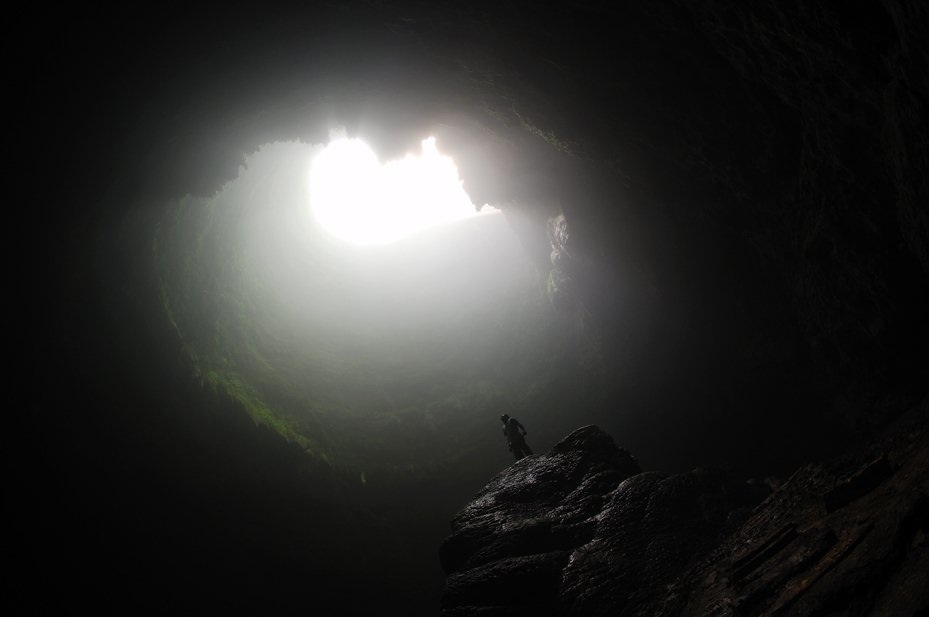 Previous posts have explored the presence of the Shadow as the hidden portion of the psyche that houses negative emotion and traumatic memories; and other posts have shown the destruction that can be brought about in relationships and group activities by unrecognized Shadow behavior.

The good news is that it is possible to gain control over the Shadow, but it requires an open mind and a fair amount of work. Psychotherapy is sometimes required to get at deeper psychological issues, but there is a process you can use on your own to work through the everyday disruptions you might experience because of the Shadow.

This work is very important and often neglected by many schools of self-help and spiritual growth. There is a great deal of emphasis these days on the use of positive thinking and the law of attraction to improve one’s life, but those techniques are doomed to fail if the Shadow is not recognized. Shadow negativity will sabotage attempts at growth and forward movement until it is brought into the open.

Ken Wilber and the Integral Institute have created a module in their Integral Life Practice program that deals specifically with the Shadow. They recommend a simple technique called the 3-2-1 Process that you can do on your own as often as you like to help you manage your own Shadow tendencies. Remember that the purpose of Shadow work is to incorporate a disowned part of yourself (an “it”

into a recognized component of self (an “I”.)

The 3-2-1 Process involves addressing your Shadow part first in the 3rd person (it), then in the 2nd person (you) and finally in the 1st person (I). These steps are summarized as FACE-TALK-BE and here’s how the technique is explained in Wilber’s little instruction book, The Integral Vision: First thing in the morning (before getting out of bed), review your dreams and find someone who showed up with an emotional charge, positive or negative. FACE that person, holding them in mind. Then TALK to that person, or simply resonate with them. Finally BE that person by taking their perspective. For the sake of this exercise there is no need to write anything out—you can go through the whole process right in your mind. Before going to bed, choose a person who either disturbed or attracted you during the day. FACE them, TALK to them, and then BE them.

This technique can be used not only with people who bring up an emotional charge, but also with situations and memories that create a disturbance. For example, suppose that you have a dream in which a stranger is chasing you and you are frantically trying to get away. That stranger may represent some information from your Shadow that is trying to come to your awareness, but your conscious mind is fearful of letting the information get through.

In the 3-2-1 process you would visualize the same scenario as depicted in your dream, but this time you would stop and FACE the stranger. Once you do that you will most likely find that the stranger also stops and simply stares back at you. Next you TALK to the stranger and ask what he/she wants you to know. Continue looking at the stranger until your fear dissipates. You will begin to recognize that there really is nothing frightening about the situation at all. If you can, imagine what the stranger might say to you – it will very likely be something like “I’m just trying to protect you” since protection is one of the functions of the Shadow. Whenever you feel you understand this stranger, you can begin to imagine incorporating the traits of the stranger into yourself, as you BE the estranged part.

When one of my clients did this exercise, as soon as she stopped and faced the stranger that was chasing her, he turned into a small, crying child. She recognized that her Shadow contained old fear from very early in her development. She imagined herself embracing and comforting the child and instantly it dissolved into her arms. In this way she was able to reassimilate a fearful part of herself that had been stuck and unable to grow since childhood.

Using the 3-2-1 process, the possibilities for healing the Shadow are impressive so this is definitely a worthwhile practice to pursue. Once you begin opening your awareness to your own Shadow tendencies, such as anger or jealousy, you will find that they become much easier to control, even if you haven’t been able to completely heal them. When you have been able to shine the light on the Shadow, you will have gone a long way toward growing into the whole person you were always meant to be.