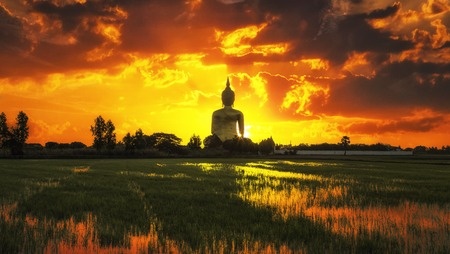 Have you ever experienced a failure that left you feeling humiliated and worthless? I'm sure you have since failure is just part of our normal lives as human beings. But the mistakes we make out of carelessness or neglect can be the most painful, because we know in our hearts that they could have been avoided if we had just made a different choice. In these cases we must bear up under our guilt and accept the consequences, no matter how difficult the task.

I recently had a fabulous opportunity to be a guest on a very popular radio show, which represented a big breakthrough for me as an author and speaker. I prepared for days and proudly promoted the interview to all of my followers and friends. But when the big moment arrived, my phone system didn't work properly and I was unable to complete the interview. Not only did I fail to achieve my own dream, but I let the host down too, who had a time slot to fill on live radio with no guest to interview.

My guilt over that blown opportunity was heightened by the fact that I had been warned to check out my phone in advance, but I ignored the advice because I had used that phone for interviews before with no problem. My own self-assuredness tripped me up and left me and the radio host both feeling disappointed and unfulfilled. I punished myself mentally for several days--replaying what could have or should have happened if only I had been more careful. I couldn't seem to get over my own self-recrimination until one morning I recalled a very special dream that pointed out to me how I often look in the wrong places for fulfillment and how I create my own misery. I will retell this dream for you in hopes that you will find it helpful too:

I was in the process of visiting a traveling display from a Buddhist temple that had come to my community. There were 18 shrines in the display, each with a different purpose and meaning. I was approaching the final shrine, which was supposed to bring enlightenment to anyone who stepped inside. I was hurrying because this shrine would only be open for 15 more minutes and I didn’t want to miss my chance for enlightenment.

I could see into the shrine through a side door as I approached—there was a wall of light inside, with shelves holding hundreds of crystal bowls with candles and lotus blossoms floating in water. I kept my eyes on that wall of light as I rushed to get inside the door, but because I wasn’t watching where I was going, I ran into a barrel full of water that stood in an outer room. I clumsily knocked the barrel over, spilling gallons and gallons of water all across the floor.

I recognized that this outer room was the staging area where the Buddhist monks filled the crystal bowls from the shrine with water and then placed inside the floating candles and blossoms. There were about 20 monks in that room and when I spilled the barrel of water they all gathered around me and began chastising me. “What’s wrong with you? Foolish woman—how can you be so careless? Look what you’ve done! You’ve ruined everything!”

I felt totally humiliated as they gathered around me and kept chiding me. I didn’t know what to do except to try to clean up the mess I had made. So I took the sweater that had been tied around my waist and used it to begin soaking up the water and wringing it back into the barrel. Meanwhile the monks continued to express their displeasure while they watched me without offering to help.

Knowing that the shrine would be closing soon and I would miss my chance for enlightenment, I felt stressed and was hurrying as fast as I could. Eventually however I recognized that too much time had passed and I would not be able to enter the shrine—there was still a great deal of spilled water to clean up. The monks continued to mock me but there were fewer of them now.

As I kept working on cleaning up the water, I let go of my desire to see the shrine and just focused on getting the job done. I decided that I would have to find another opportunity to become enlightened. I developed a smooth rhythm of soaking up and wringing out the water that gradually put me into a meditative state. Eventually I had no other thoughts—I was just in the moment, soaking up the water and wringing it out. I didn’t even realize that the monks that remained in the room had stopped criticizing me and were now watching me in silence.

Finally the job was finished. I looked around the room and saw that every drop of water was back in the barrel—the floor was totally dry. As I glanced up from my kneeling position on the floor I saw that all of the monks, but one, had disappeared. And the other room with the wall of light had disappeared too. In front of me sat one very old monk with a beautiful, gentle smile on his face. As he gazed at me with compassion, I realized that I had actually been inside the last shrine all along—and the work I had been doing to clean up the spilled water had actually been my work toward enlightenment. When the monk saw the dawning of that realization on my face, he bowed his head toward me and I woke up from my dream.

This dream held powerful lessons for me as I was plunged initially into deep shame and humiliation for making a “stupid” mistake. The chastising monks, of course, represented the many voices in my own head that berate and demean me every time I fail to be perfect. But as I simply focused my energy on the work at hand, the negative voices diminished and then stopped completely.

And as for enlightenment, the message in the dream is clear: it arrives not when we are inside the awe-inspiring shrine, raising our hands in prayer, but when we are on our hands and knees, doing the humble work that is before us with diligence and care.

I was reminded by the dream to stay in the present moment as much as I can, to focus only on what is right here, right now, and to stay open to any and all possible outcomes, without judgment or disappointment. This message is particularly true during times of difficulty or disappointment.

The little “failures” of our lives create the growing edge for us spiritually, the place from which we can blossom and flourish whenever the timing is right. We must learn to quiet those shaming voices that distract us from the task at hand and simply keep doing the simple work—the “soaking up and wringing out”—that is required by the current situation.

May you too find value in this special dream and learn to transcend your own shame and disappointment!