When all hope is lost, you might as well laugh 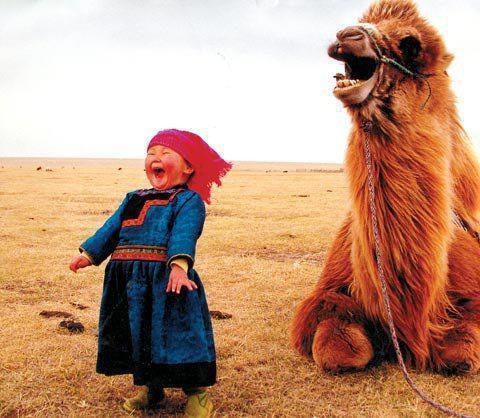 One of the surprising discoveries I made while working with dying patients in hospice was how frequently those patients and their families enjoyed laughing together. I had expected to be immersed in sadness every time I entered a home where someone was dying, but I often found a lot of joy and humor in those households, which gave me a great deal to think about.

On one of my very first home visits for hospice I found the patient, a 45-year-old woman with breast cancer, and her mother laughing hysterically in the bedroom. At first I was perplexed by their laughter and had no idea what to say. I was prepared to share their sorrow but I didn’t know if it was appropriate for me to share their joy. I soon discovered that they were laughing over various silly hairstyles the mother had created with her daughter’s wig, meant to cover her bald scalp. Their laughter over this scene was so delightful and natural that I could not help but join them.

Another time I walked into a home to find the patient in her hospital bed in the living room yelling instructions to her husband who was in the kitchen trying to prepare dinner. She was attempting to teach him how to cook but apparently he was a poor student. When he brought out a plate full of burned and unrecognizable food, both of them started laughing uproariously and she said, “Well I can’t die until you learn how to cook or you’ll starve to death!”

In both of these cases the laughter was spontaneous and real even though it arose in the midst of tragic circumstances. As they laughed together these family members shared a moment of precious intimacy, wholeheartedly experiencing the heights of joy that only accompany the depths of pain.

In my reading about laughter and where it comes from I discovered a theory that we laugh at jokes because of the release we experience when the punch line arrives. The set-up for the joke creates uncertainty and tension because we don’t know where it’s leading. But the punch line removes the tension and results in a flood of delighted laughter.

Suddenly I understood why laughter may arise so easily during a time of death: because the uncertainty of life is resolved as soon as we accept that we are going to die. At that point there is no more questioning the outcome: the illusion of immortality has been shattered and all hope for a different future is lost. Then the focus turns to the present moment and though the situation may still be tragic, laughter can freely erupt whenever life reveals all its shades of absurdity. And in those final moments of life the opportunity to laugh is precious and deeply meaningful.

On another occasion a hospice nurse and I drove together to see a patient who was in his last few weeks of life. The nurse was getting ready to leave on an extended vacation and knew that this would most likely be her last visit with this dear man to whom we had both grown very close.

When the time came for us to leave she took his hand and said with tears in her eyes, “This might be our last goodbye.”

He was silent for a moment and then said, “I know, something might happen to you while you’re traveling and we’ll never see each other again.”

For another brief second of silence we were each suspended in uncertainty until he burst into hilarious laughter, breaking the tension of the moment. The three of us laughed then until tears of joy trickled down our faces, holding one another’s hands, looking into each other’s eyes, knowing that this moment would never happen again. We would never again share this space or this joy or this exquisite pain of goodbye.

But that single moment contained all the meaning and purpose of each of our lives – we had each lived just for that simple sharing of our breaking hearts and the laughter that comes only when uncertainty is resolved and all hope is lost: the laughter of the perfect and divine present moment.