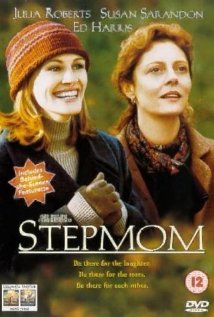 This 1998 film directed by Chris Columbus skillfully depicts the story of a family coping with the dual tragedies of divorce and terminal illness. Susan Sarandon plays Jackie Harrison, the ex-wife of Luke (Ed Harris) with whom she shares joint custody of children Anna and Ben.

Luke’s much younger girlfriend Isabel (Julia Roberts), who is a professional photographer, has moved in with him, a situation that causes tremendous emotional pain for stay-at-home mom Jackie and her children. Jackie lashes out at Isabel and allows her bitterness to poison the children’s relationships with Isabel.

But the audience eventually learns that Jackie has also been coping with cancer, which she has not revealed to anyone else. Suddenly Jackie’s desperate anger seems more understandable with the revelation that she is dealing with the suffering of a terminal illness and treatment all by herself. Though Isabel, who longs to be accepted by Anna and Ben as a stepmother, is suffering as well when every attempt to gain favor with the children fails or backfires on her.

The tension between Jackie and Isabel propels the story forward as Luke, the children and the audience are all caught in the middle, feeling the pain of each of the two women. A crisis point is reached when Luke and Isabel decide to get married and Jackie learns, at the same time, that her cancer has further metastasized and she must begin chemotherapy. Finally Jackie can no longer deal with her cancer alone and reveals her situation first to Isabel and then to Luke and the children. She is forced to rely on Isabel for help caring for the children when she is unable to be there for them due to her illness. Isabel willingly steps up to ease the tension for everyone, even though it costs her job.

As a move toward reconciliation, Jackie asks Isabel to take photographs of her, Anna and Ben, so Isabel accompanies them on numerous family outings. There is a sweetness to these scenes as Isabel faithfully captures on film the essence of a mother’s love for her children, all the while learning from Jackie’s example how to be a caring parent.

In a heart-rending conversation Isabel reveals that her greatest fear about taking over as stepmother after Jackie’s death is that on Anna’s wedding day she will say, “I wish my mother was here.” And Jackie replies, “My greatest fear is that she won’t.” Through their tears the women at last share a deep understanding of one another’s suffering, cementing a bond between them.

The final scene occurs on Christmas morning when the entire family, including Isabel, gathers at Jackie’s home where she rests in a weakened state. She gives the children each a special gift, hand-sewn by her, bearing photos of their lives together, as a keepsake. When Isabel sets up her camera to take a family photo, Jackie insists that Isabel join the photo and sit next to her, part of the family at last.

While this movie does not portray the final end of Jackie’s life, it does reveal her struggle to accept a terminal diagnosis, deal with conflict and the need for forgiveness, and ultimately transform and heal a broken family. Stepmom is a touching and inspirational film that beautifully demonstrates the power of love to mend unspeakable pain and help us survive the tragedies of life. And it is a stirring reminder that sometimes one heartbreak holds the key to resolving another, leaving sorrow and redemption in its wake. I strongly recommend this movie!