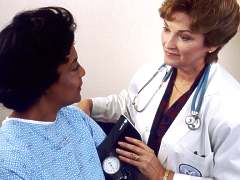 It is common knowledge that the cost of healthcare in the US is out of control. We spend more money per capita than any other country in the world and yet rank only 37th in key quality health indicators. Clearly something is very wrong with our healthcare system, but there is little consensus among experts about where the problem lies.

Various solutions have been recommended for this healthcare crisis, but most of them are targeted toward one aspect of the system or another, such as tort reform, insurance overhaul, pay for performance or other healthcare delivery modifications. But if the healthcare system is the sick patient, it is going to require a holistic approach – one that encompasses multiple factors – in order to recover.

To improve health outcomes and simultaneously reduce spending, changes in behavior will be necessary in every aspect of the system, including the habits of both patients and doctors. A previous post entitled “4 Things that some doctors still get wrong” introduced the issues that should be addressed by physicians. Here are some of the patient behaviors that I believe should be modified as we overhaul the healthcare system:

1. “Can’t I just take a pill for that?” America is the most medicated country on Earth, with nearly half of all Americans taking at least one prescription drug and one in six taking three or more medications. Many Americans resist the lifestyle changes necessary to prevent and manage chronic disease, preferring to “take a pill” rather than exercise or follow a healthy diet. The American Heart Association estimates that costs from cardiovascular disease in the US will reach more than $800 billion annually by 2030 and Type 2 diabetes will cost $500 billion annually. But most cases of those two chronic diseases could be prevented if Americans would change their lifestyle rather than relying on medications to maintain or restore their health.

2. “Aren’t there more tests you can do?” As a society, we Americans are in love with healthcare technology and have faith that testing can provide us with answers and keep us healthy, but many experts believe that we are a dangerously overtested nation. An investigation by the Center for Public Integrity has suggested that cancer screening is “overused in the United States, with about 40 percent of Medicare spending on common preventive screenings regarded as medically unnecessary.” A study of the use of MRI scanning found that 90% of the scans performed on orthopedic patients were unnecessary. But doctors report that patients request MRI scans for even minor problems because they believe it represents the highest quality care possible.

3. “I’d like to see a specialist.” Some patients insist on seeing specialists for their care when they would be better off consulting a primary care physician who can coordinate treatment and help determine when specialty care is needed. Studies have shown that medical services provided in a primary care setting cost 33% less than the same services provided by specialists. In addition, specialty care is fragmented rather than holistic and results in poorer outcomes for patients with common ambulatory healthcare needs. Expensive specialty care should be reserved for complicated cases that require a more detailed and focused approach.

4. “You’re the doctor, you tell me.” When patients refuse to take responsibility for their own health they are less likely to be compliant with treatment and medications, which can have devastating effects on their health. Estimates of the total cost of noncompliance to the US healthcare system have ranged between $100-300 billion annually. In addition those patients are less likely to make necessary lifestyle changes as already discussed. In order to reform our healthcare system it is imperative that patients take control of their own health issues and become informed consumers rather than passive, uneducated followers.

5. “I shouldn’t have to suffer.” America is a society of entitlement and one manifestation of this is the demand for relief from pain. The treatment of chronic pain has been estimated by the Institute of Medicine to cost $635 billion each year, including lost productivity due to pain. But the number 1 medication prescribed in this country is now Vicodin and abuse of prescription pain relievers has increased four-fold in the past decade. The annual cost of substance abuse and addiction is estimated to be $468 billion. The problem is that dangerous narcotic medications are being prescribed for the treatment of pain rather than safer alternative modalities.

Certainly these patient behaviors are just one aspect of the problem in our current healthcare system, but they deserve attention, nonetheless. It is time for every person to take responsibility for their own wellness and make the changes necessary to maximize the health of their lives and also of the entire system.